Dr. Shane C. Burgess has worked worldwide as a veterinarian and scientist in cancer, virology, proteomics, immunology and bioinformatics research. He has 186 refereed publications, trained 37 graduate students and has received nearly $55M in competitive funding since 1997.

The first in his family to complete college, he graduated with distinction as a veterinarian in 1989 from Massey University, New Zealand. He has worked in and managed veterinary clinical practices in Australia and the UK, including horses, farm animals, pets, wild and zoo animals, and emergency medicine and surgery. He did a radiology residency at Murdoch University in Perth in Western Australia, where he concurrently co-founded Perth’s first emergency veterinary clinic. He has managed aquaculture facilities in Scotland. Between 1995 and 1998, while working full time outside of the academy, he did his Ph.D. in virology, immunology and cancer biology (Bristol University Medical School, UK).

Dr. Burgess worked in the UK World Reference Laboratory for Exotic Diseases during the 2001 Foot and Mouth Disease crisis, where he led the diagnosis reporting office. He was awarded a Director’s Award for Service.

Dr. Burgess is currently Vice President for Agriculture, Life and Veterinary Sciences, and Cooperative Extension, Charles-Sander Dean of the College of Agriculture and Life Sciences, and Director of the Arizona Experiment Station at the University of Arizona.

Dr. Burgess serves on the Agri-Business Council of Arizona Executive Committee, the Board of Directors for Arizona Farm Bureau, the Board on Agricultural Best Practices for the Arizona Department of Environmental Quality, the BIO5 Institute Deans’ Advisory Board, Tech Launch Arizona’s Internal Advisory Board, Arizona STEM Diploma Project Advisory committee, Flinn Foundation’s Bioscience Roadmap Steering Committee and the Arizona National Livestock Show Board of Directors. Dr. Burgess also serves on a number of university-level planning and strategy committees. 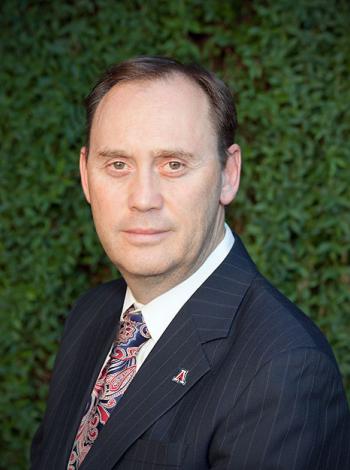